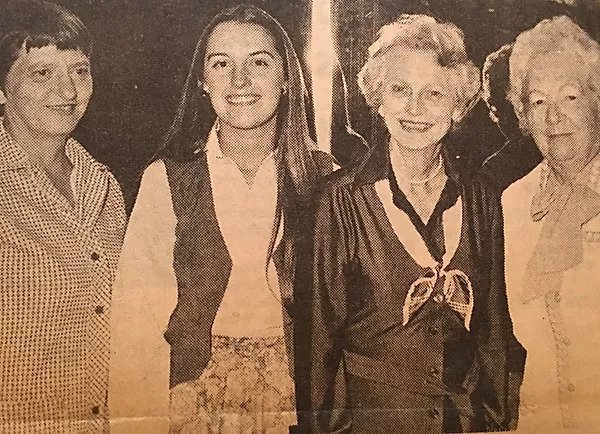 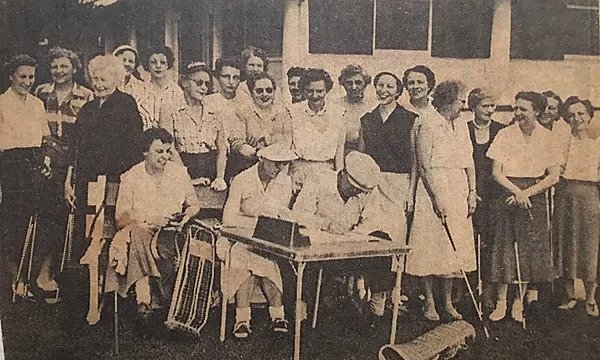 The 1954 golf season for the women of Wanango Country Club opened officially Tuesday afternoon with a luncheon in the club rooms. The 4 club, 9-hole event, scheduled yesterday was postponed due to the heavy rain storm so the afternoon was spent socially indoors. Prior to the rain, the women golfers, shown in the photo, were paired at the tee. In charge of registrations was John Loeffler, pro of the club, who is shown seated with Mrs. Ruth Ann Ramage, and Mrs. Wilber Metz, general chairman for the season. A mixed tournament is planned for 1 p.m. next Tuesday, May 4, on the club greens, with mixed pairing of A and B division members.

1957 - Wanango Finalist "Treed" Pictured above is T.P. Avery, (right) newly crowned Club Champion at Wanango, and W. J. Grandin, (left) the runner-up. This interesting shot was taken as Grandin attempted to play the ball (see the arrow?) out of a tree where it had landed during the championship match yesterday afternoon on the 136 yard, 8th hole. Avery won the President's Cup with a 2 and 1 victory over Grandin in a 36 hole match which was all even at the end of the first 18. 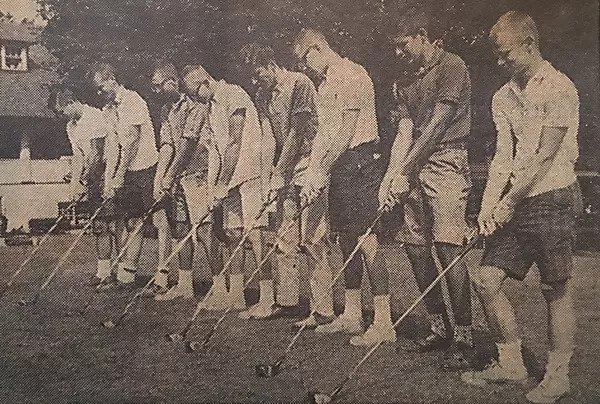 1960 or 1961 - "And Keep Your Eye On The Ball" Lined up for a golf lesson are Bob Danzer, Terry Meddock, Conrad Conrad, Bob McFate, Bruce Rosen, Bob Cohen, John Flynn, and Harry McFate. Group instruction for juniors is one of the popular features at the club. 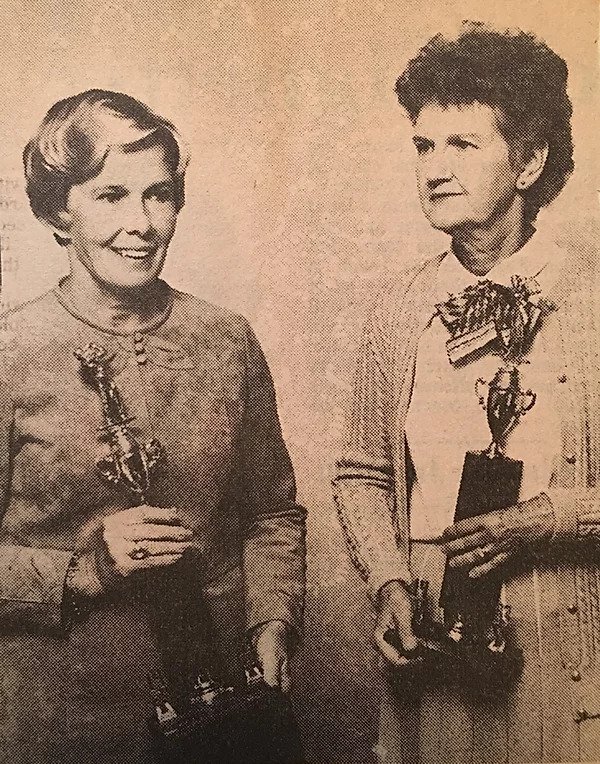 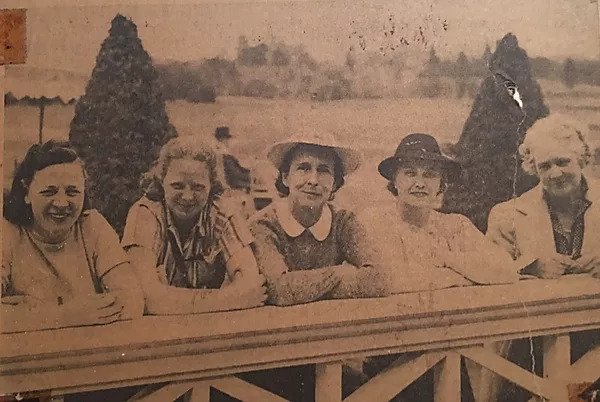 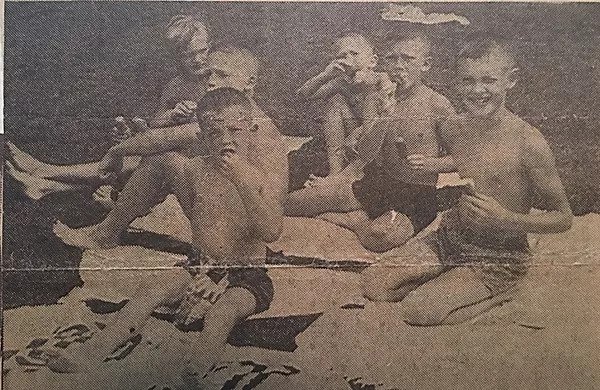